The Andalusian government has approved a decree that includes a reduction in the transfer tax (the tax paid on the purchase and sale of second-hand homes, for example), so that the three rates currently set at 8, 9, and 10 percent will now be replaced by a single rate of 7 percent.

In addition, it also envisages a small reduction in stamp duty from 1.5 to 1.2 percent.

This new package of measures to reduce the tax burden on Andalusians will be embodied in a bill promoted in Parliament, which includes the extension of some existing deductions, such as those benefiting large families, and other newly created ones, such as the deduction for spending on extracurricular activities related to languages and computers, and the deduction for donations to causes linked to environmental protection. For their application, however, it will be necessary to wait until the beginning of 2022, except in the case of the ITP reduction, which will come into force immediately once it is published in the Official Gazette of the Andalusian Regional Government (BOJA).

The Andalusian Government wants to lighten the tax burden on taxpayers and companies. And also to reactivate the real estate market by somehow lowering the tax cost of operations. In this way, according to calculations made by Vice-President Marín, for a property worth 180,000 euros, the amount to be paid for transfer tax is currently 14,400 euros, whereas, with the approved reduction, 12,600 euros will be paid, i.e. 1,800 euros less. 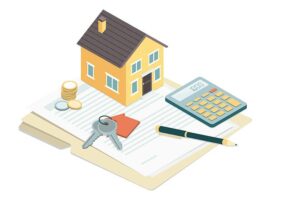