The EU agrees to reopen its borders to fully vaccinated travellers from this June.

The European Union has agreed to reopen its borders to fully vaccinated travelers from 1 June, as is the case with the United States and the United Kingdom, according to a source in the newspaper “El Mundo”.
Under current restrictions, only people from seven countries, including Australia, Israel, and Singapore, can enter the EU on holiday, regardless of whether they are vaccinated or not.
Representatives of the 27 European countries reached an agreement that will allow fully vaccinated travelers from outside the bloc to enter the common area.
In view of the approaching summer season, the ambassadors of the 27 countries approved a recommendation made by the European Commission, the application of which is not, however, obligatory.
The mayor of Madrid, José Luis Martínez Almeida, said on the eve of Fitur, the tourism fair held in Madrid, that “if this news is confirmed, it is a very important step for the recovery of tourism”.
These decisions will facilitate a midterm Spanish tourism recovery. 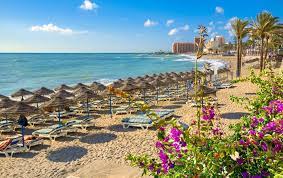